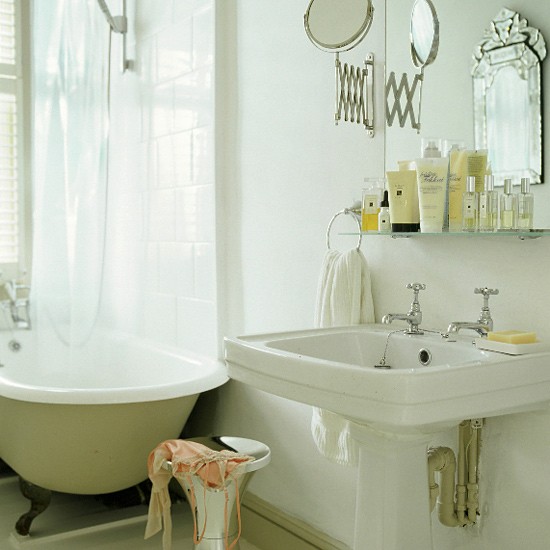 However, there are differences between wall covers for your bathroom and those that you may use in your living room or bedroom. Bathroom wall covers must be able to withstand regular moisture and heat. Otherwise, you can end up creating  serious damage that will not only damage the look of your bathroom, but will also require extensive repair.

To help you choose the perfect bathroom wall cover, here are a few options:

When you choose your bathroom wall cover, always consider first what  your bathroom will look like before you buy your materials. That way, you will avoid wasting money on experimental materials.

Posted by alanandheather in Oklahoma City on April 26, 2013

Right now, softball players in Edmond use the Bickham Softball Complex in order to play their favorite sport.  But, due to several issues, including a lack of space to expand the facility, players are looking toward newer options.

A new and better facility is underway, and a four-field softball complex is currently under construction along State Highway 66 and the northeast corner of Post Road. Construction began in September along with park improvements in the new community park.

The new softball complex will be named Edmond 66 Park and will feature four fields.  The complex was actually originally planned to have eight fields, and city officials are still hoping to expand the location to its original plan if the budget allows.  Existing funds for the complex have been derived from the special 3/4-cent sales tax approved by Edmond voters in 2000.

The project is expected to completed by late summer or early fall this year. A Route 66 theme will be incorporated in the concessions and restroom areas, while a unique design is set for the roof canopy with an image of a ballplayer ready to swing on the support columns.

How to Choose the Perfect Door Handle

Door handles are more than just hardware to open and close your doors. This simple and small element also contributes to the overall look of your home’s interior and exterior. If you choose your door handle carefully, you can enhance the look of your interior while also adding curb appeal to your exterior.

There are many choices when it comes to door handles. Fortunately, door handles these days come in various colors and designs, so you are guaranteed to find something that fits what you’re looking for.  You may want to choose bold colors to allow them to pop against your door or dark ones for dramatic appeal. If you want to incorporate something traditional or historical, an antique handle will likely be the best option.

So, to help you choose the perfect door handle, here are a few tips:

Adding Personality to Your Home Office

Though there are many benefits of working from home, it can sometimes create monotony in your everyday life.  When you stay at home the entire day almost every day, you can begin to feel a sense of dullness in your work and a lack of excitement.  Adding more personality to your home office, however, can help create more inspiration when you work.

Here are a few creative ideas for adding personality to your home office:

Though these old buildings are empty and sometimes outdated, communities still want to preserve them. Many of the old buildings are considered assets in their communities because potential buyers or future developers could use the structures for new purposes. The Oklahoma City School Board has stated that the proper disclosure of any buyer’s plans must be provided before a sales contract would be approved.

The School Board decided to open up one of its surplus schools for offers if there were buyers who were interested in the property. The Gateway Academy, located at 721 W Britton Road, has been out of operation since the 90’s. It was leased for a few years to a youth development program called Eagle Ridge Institute, but has remained empty other than that.  Since the property has been opened for sale, it has already received four offers this year.

According to the OKC School Board, JAB Consulting placed a bid for the school to be turned into a center for tutoring, professional development, and testing. Other bids were placed with the intention of turning it into a non-profit community center, a vocational training center, and a retail site.

How to Choose Your Kitchen Appliances

So, what should you look for when choosing your kitchen appliances?

Bathrooms in most houses have limited space.  Despite the fact that you may not have enough room to create a luxurious bathroom,  that doesn’t mean you can’t still enjoy a comfortable one.

Having a comfortable bathroom makes up for a lack of  space, so here are some tips on how you can make your bathroom more comfortable: